I spent the better part of this past weekend figuring out an addicting Deviled Egg recipe that rivals my sister’s. The first one I tried is by Rockin Robin.

I didn’t add onions or horseradish and by the time we mixed the egg yolks together, I could tell it wasn’t going to be good. My instincts were right, as it wasn’t that great.

On the second try, I used Hellman’s recipe. Everything was coming along nicely until I added the 1/4 tsp. salt, which ruined the mixture. It was too salty and nothing I tried could overcome the saltiness

On my third try, I used a recipe from Food.com by Nurslinda.

There are two distinct differences in this recipe. The first is that it uses Miracle Whip instead of Mayo. I realize there are Mayo purists out there, but Miracle Whip definitely provides a missing element in this dish. Second, I added two tablespoons of French’s regular yellow mustard instead of 1 teaspoon. While the mixture is delicious, it’s the sprinkle of salt and pepper on each finished egg that makes it perfect. 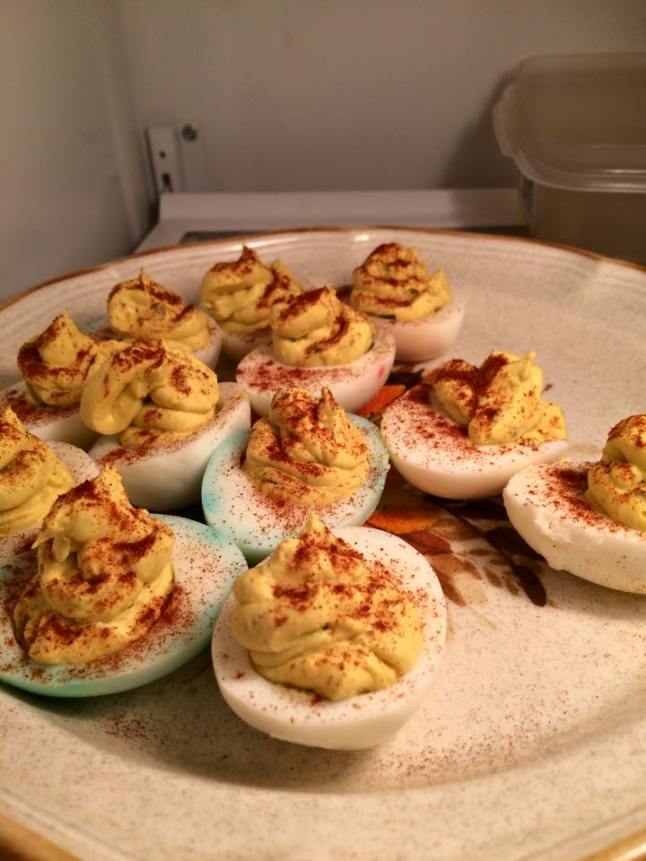 My sister makes killer deviled eggs which to me, is the kind that are addicting where you can’t eat just one. I think I may have found a recipe to rival hers!